Porto and the Douro Valley

As we flew out of Manchester on the Tuesday evening nothing could have prepared us for the trip we had ahead of us. We landed safely in Porto and after a quick ‘check in’, we headed to a small local restaurant just outside the Porto Railway station (which I have to say is one of the most beautiful stations I have seen). Restaurant Rapido named after a train…not the service….was lovely and we ordered homecooked fish and Veal with some excellent Douro Wines both white and red. A great meal was had by all and the wine was quaffed with gusto.

Our hosts were Ed from Fells, the company owned by the Symington Family Estates. The family is now in its fifth generation and own superb Ports such as Graham’s, Dow’s, Cockburn’s, Warre’s and several smaller Quintas (Vineyards/Wine Farms) situated on the banks that form the valley of the Douro River. The river runs from Spain through Portugal and reaches the sea via Porto.

After a sensible night we all slept well and woke the next day to find the sun shining with beautiful blue skies. We all made the short walk down to the ‘British Factory House’ which is a Neo- Palladian building located close to the Douro as it arrives in Porto. The building celebrates the influence of Britain on the Porto Wine industry. Our visit was exclusive, as this building isn’t open to the public. Photos can be seen of the cellars which hold some of the rarest ports in the world. The building is very grand indeed and is a meeting place for the owners of the Port Houses.

As we left the house we headed to the river. The team posed for a photo as we waited for our mini bus to take us to our first port of call (pardon the pun) which was Cockburn’s. James and Charlee from the Fitzherbert Arms (which has over 30 different Bottles of Port by the bottle) were on the trip for all the fine work they have done at the Fitz.

Tim, manager of our Cholmondeley Arms and Steph manager of the Bulls Head were there too after good work on Port in the year as well as Tim and Mary, to keep an eye on things!!? We were joined by Ed as mentioned above and Joao the Sales Director who was our guide and host for the whole trip!

We travelled to Cockburn’s situated over the River Douro in to Vila Nova de Gaia opposite to Porto….a full guided tour and tasting was enjoyed in what has to be the biggest port cellar ever!? It was vast and we all completed our 10,000 steps for the day before lunch!

Graham’s 1890 Lodge was next on the list a very short drive away and is situated on a commanding ridge with wonderful views of the Douro and Porto. We enjoyed, once again, a very interesting tour and were treated to a lovely lunch with wines and Port to savour.

At about 4pm we jumped on the mini bus and Joao took to the wheel as we headed off to the Douro Valley some two hours drive away. We stayed at the Graham’s Lodge House on the banks of the Douro. The house is blessed with simply stunning views of the Douro river and what is, a UNESCO World heritage site and one of the most ancient wine regions in the world.

As you will see from the photos it is simply stunning. As the sun set over the hills we all unpacked and freshened up for an intimate supper outside, on the veranda of the house. A barbecue was the order of the day and a magnificent cheese board helped us taste a little more port before bed!

As we woke the next day it was clear the Douro was around 5 degrees warmer than Porto had been. I would guess the temperature was 35-37 degrees centigrade…phew…in September! We were around a week ahead of harvest, so this was perfect timing to be shown around before everything got very busy indeed….with grape picking etc.

We walked down from the house on Thursday morning and visited the Graham’s Quinta. Graham’s has recently been awarded a British Royal stamp of approval after being bestowed a Royal Warrant from Her Majesty the Queen. This means that the Symington family are the official suppliers of Graham’s port to the British Royal Court. Dow’s, as we will later find out, has a Royal warrant too from George V.

Joao gives a tour of where historically the grapes for the port would have been trod. One Quinta still uses this ancient method, Quinta Do Vesuvio. We leave the Graham’s Quinta and head down the hill on foot, over the railway track, to a small jetty where a boat is waiting to take us down river, to the Symington and Prats owned Quinta de Roriz.

We were driven from their jetty up the dusty track to a hill above the Quinta, to take in the views…. which I have to say, were stunning. We were welcomed here by Miguel, as he explained with passion about how this Quinta developed from a tiny village to be what it is today…..a merger of wine experience, in the form of a joint venture, between the Symington family and Bruno Prats. Vintage Port is bottled here but in small quantities in very special years. So the concentration here is to produce DOC wines of great stature under the brand P + S. We tasted the three wines they have developed and all were outstanding, with my personal favourite being ‘Post Scriptum’. These wines are not inexpensive, in fact they are ‘top end’ price wise but certainly lived up to their billing.

Back on the boat and further down river to Pinhao where the Quinta do Bomfim is situated…. where Dow’s port is made. It was acquired by George Warre (recognise that name?) for Dow’s in 1896. Here there is a Symington family home, where we enjoyed the most marvellous lunch outside but perfectly in the shade. We enjoyed once again some lovely wines…after a rather cold beer….and of course a little port…this time Warre’s Optima 10 and 20 year olds.

We then toured the Quinta before heading for the station at Pinhao via a small bar….to catch the train back to the small station just down the hill from our house at the Graham’s Quinta. A rest was in order before our final supper on the veranda.

Over dinner Ed, our host, announced that the Fitzherbert Arms had been chosen as a Graham’s Port Ambassador. The first pub to gain the honour and only the second establishment in the country to gain the award. This is true recognition of all the effort the team at the Fitz have made over the last three years. This will be presented on 24th October 2019 at our special Port tasting. We are all so very proud…thank you to all concerned.

So Friday as the sun rose we left for Porto Airport and back to Manchester.

We all agreed the Douro Valley has to be one of the most beautiful places on earth…truly idyllic. Thank you Ed and Joao for your passion and enthusiasm and making this trip the most special we have ever had since we started Cheshire Cat some 10 years ago. Fine memories indeed and we will be eternally grateful to you. 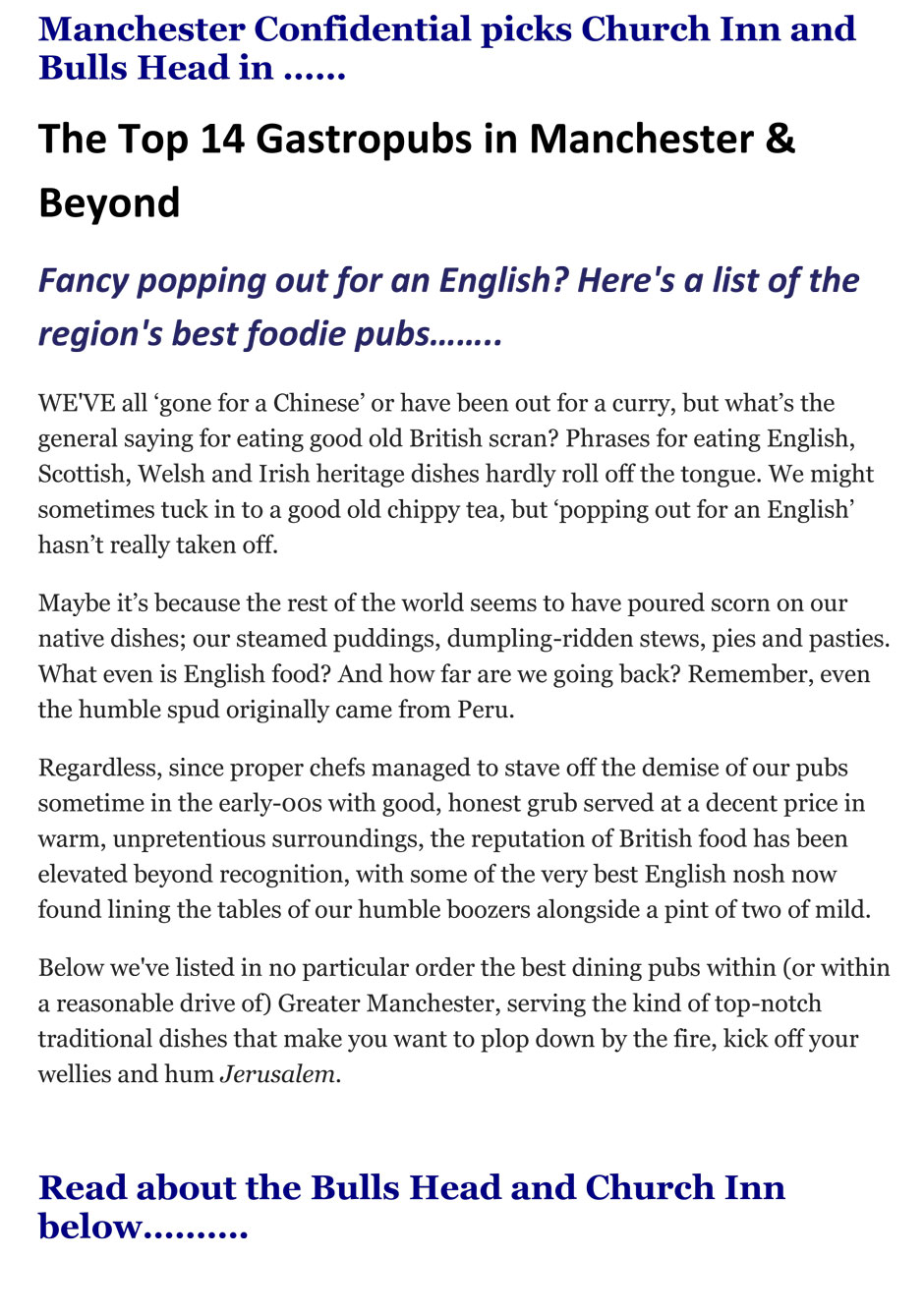 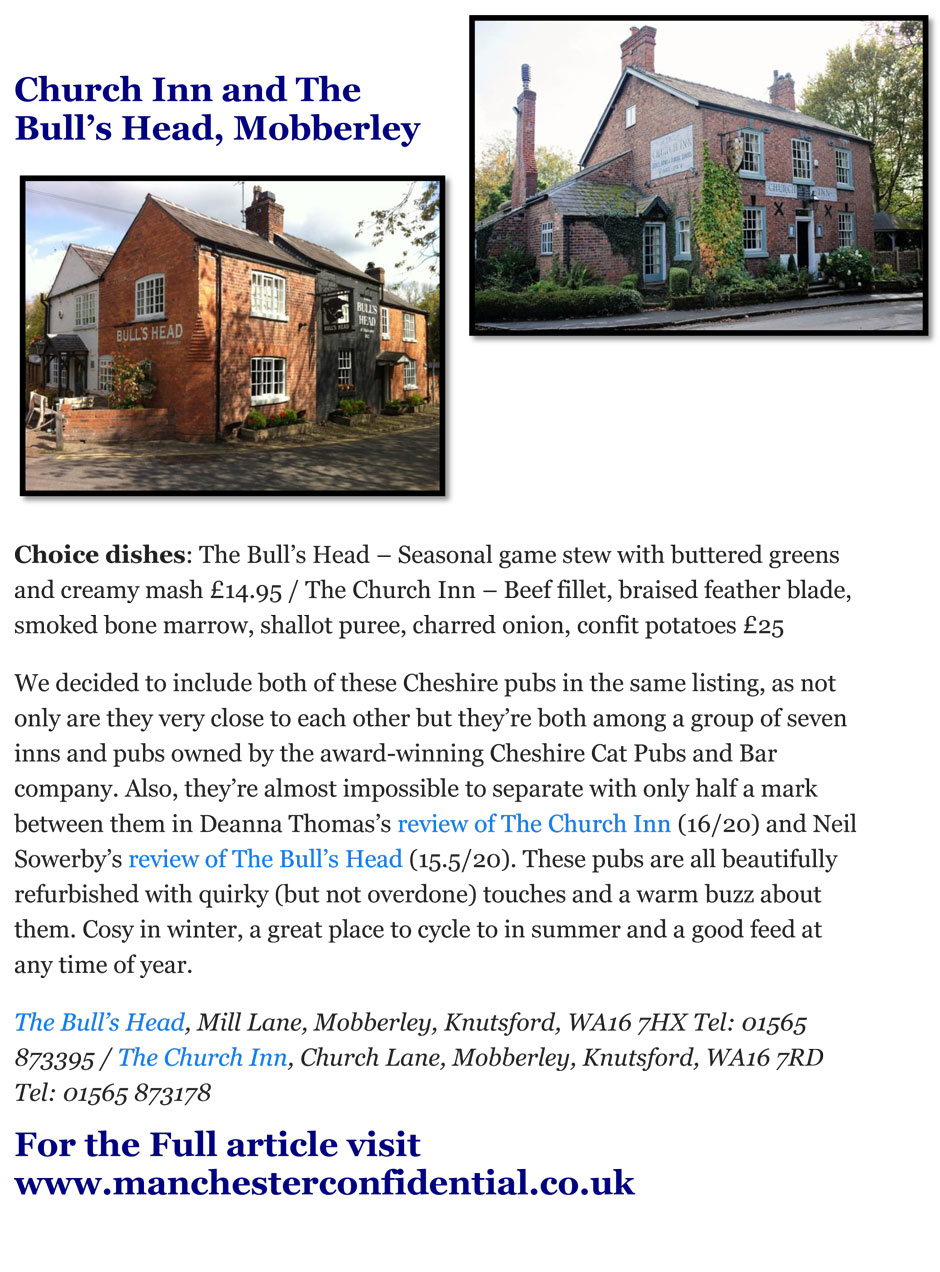 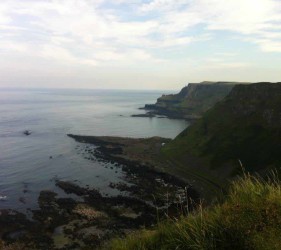 A beautiful day on the north coast! 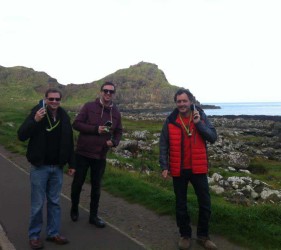 James B, James G and Simon arrive at the Giants cause way 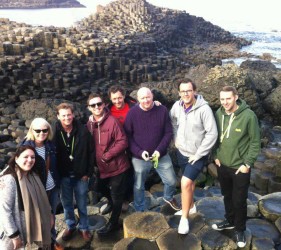 The Team at the Giants Causeway 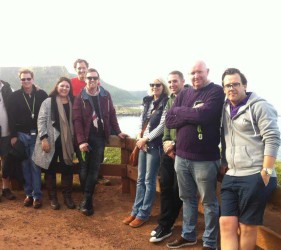 After a cracking walk around the Giants Cause way the team are ready for Bushmills! 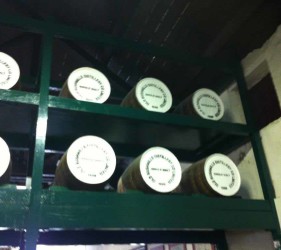 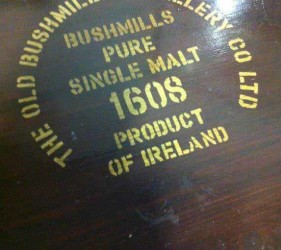 The Oldest Distillery in the world! 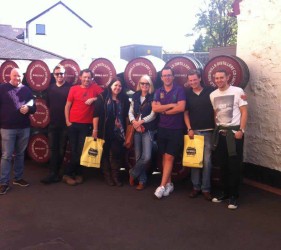 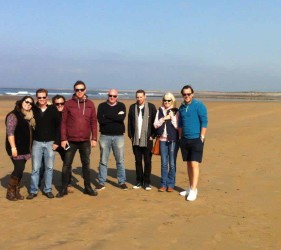 THE BEACH IN SLIGO 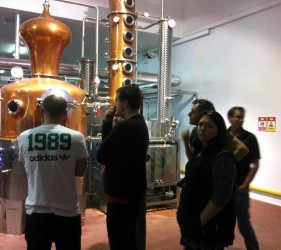 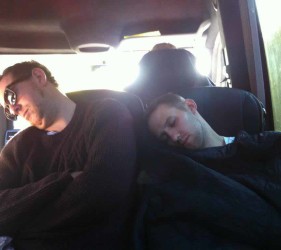 James B and Shane enjoy a little nap! 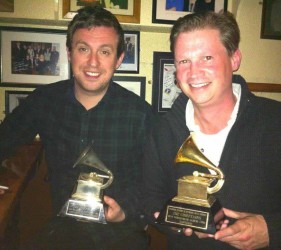 James B and Simon with their Grammys! 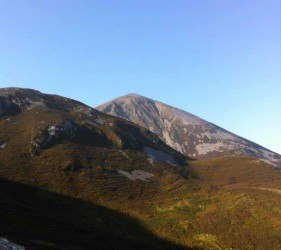 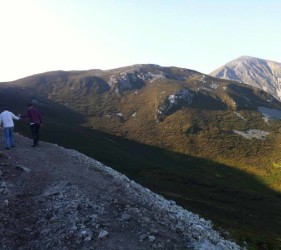 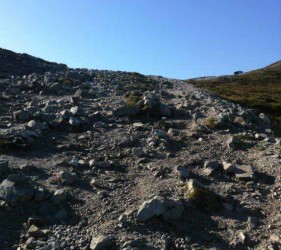 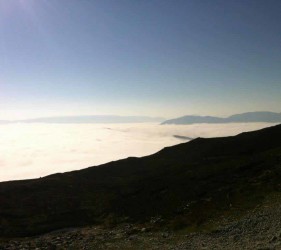 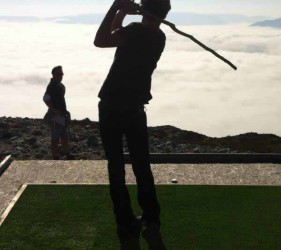 James G. mimmicks a golf drive on top of the world! 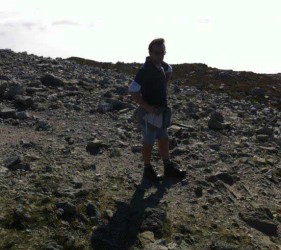 Barry before the final accent 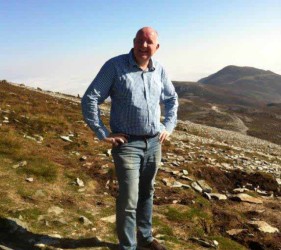 Brian at base camp 2 in the wrong shoes! 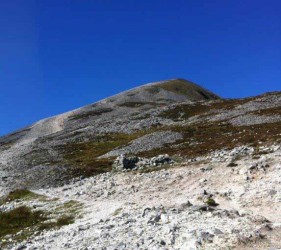 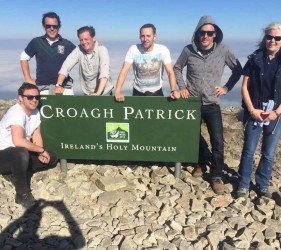 The team that made the top!! 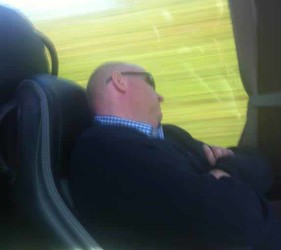 It was a tiring but fantastic trip!

Following trips to Rioja (2013) and the vineyards of Mallorca (2014) it was time for the cool climes of Ireland, the home of co-owner Mary and her brother and Red Lion manager Brian as well as Barry from the Bulls Head.