Step aside Manchester City! At the BAFTA theatre in London’s Piccadilly last night the Church Inn came and conquered once more. It was the Pub and Bar Magazine’s annual awards.

This time there was even more recognition, with our Head Chef Richard winning Pub Chef of the Year! On winning Richard said “this is for my entire kitchen team! They work tirelessly with me to bring both classic and seasonal dishes to our guests table. It’s a proud moment for all of us!”

Following the presentation of Richard’s award it was time to see if the Church Inn, having already won ‘Pub of the Year for Cheshire’, could reclaim it’s Northwest crown…up against the likes of the Oast House in Manchester, the Church Inn was announced as the winner of the Northwest region for the second year running!

So with great excitement Simon and Richard went on stage to accept the award from none other than Jay Raynor, the Observer food critic! No one could have dreamt of what happened next! After very close scoring between the top three pubs the Church Inn came out on top and took the UK crown…! Yippee! Big cheers went up as Simon and Richard returned to the stage to pick up the ‘treble’!! Simon was asked by Jay Raynor how it felt to win…Simon replied “this is for our all our team and our very loyal guests….we are delighted!”

So another great night at BAFTA! Well done we are all very proud. 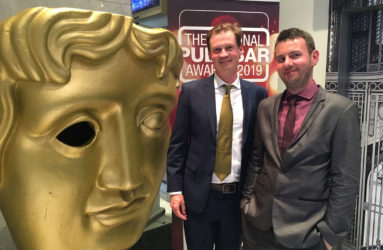 Simon and Richard arrive at BAFTA 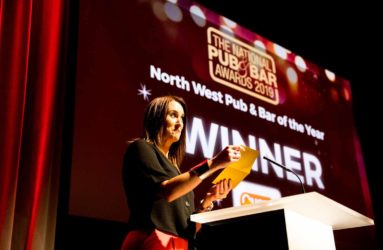 The Best in the Northwest is announced! 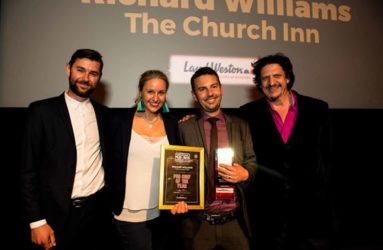 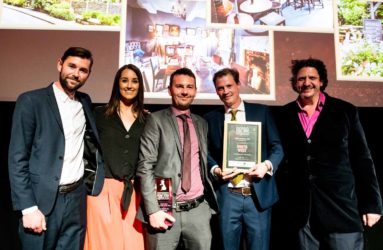 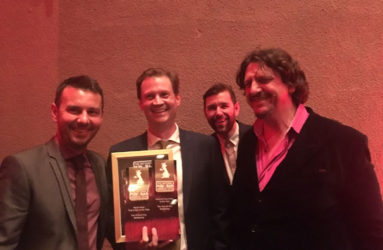 Simon and Richard posing with the trophies with Pub and Bar Magazine Editor Tristan and Food Critic Jay Raynor. 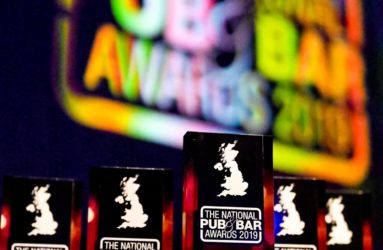 The writing is on the trophy! 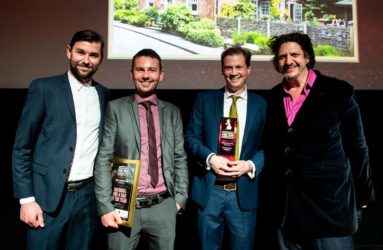 Best in the UK! What a great feeling 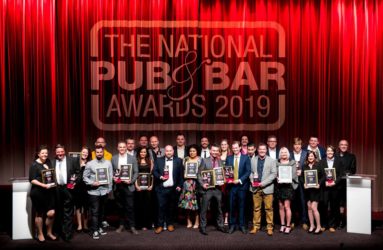 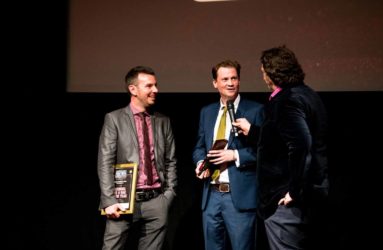 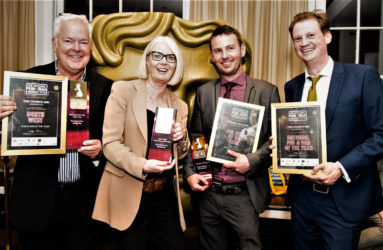 Tim, Mary Richard and Simon with a trophy or two on after the event at BAFTA 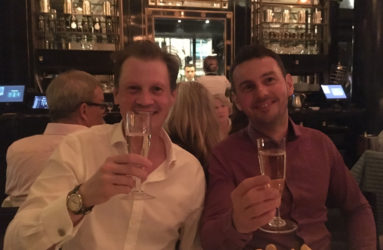 Simon and Richard enjoy the sweet taste of Champagne as Tim and Mary treat them to supper at the Wolseley on Piccadilly!
in Press 0 comments
Share