MOBBERLEY Football Club are benefitting from Umbro’s ties to the village as they go from strength to strength.

They are looking ahead to a fresh season all kitted out in new gear – supported by the sportswear company and its birthplace, The Bulls Head, Mobberley. After a hiatus of nearly 40 years, MFC was re-established by a team of enthusiastic footballing parents in 2016.
Starting with just half a dozen children, MFC now boasts three full year groups of players from age five to 11 and have been playing matches in the Cheshire and Timperley District League since 2017. 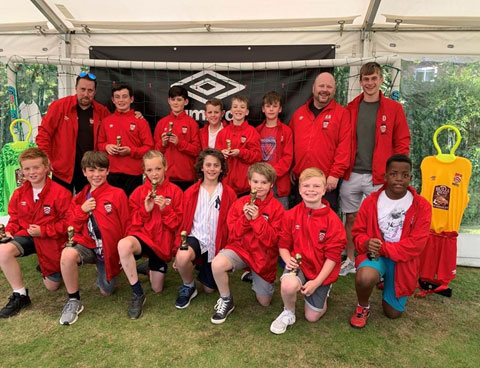 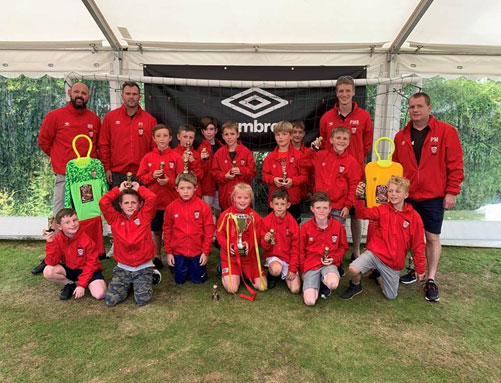 Still run on an entirely voluntary basis, the club relies upon player subscriptions, fund-raising events and sponsorship to continue to operate.
The Bulls Head, owned by Tim Bird and Mary McLaughlin of the Cheshire Cat Pub Company, have been proudly supporting MFC for the last three years.
But it just so happens that The Bulls Head is famous for being the birthplace of one of the world’s most iconic sporting brands.

Umbro was founded there in 1924 when brothers Harold and Wallace Humphreys lived at the pub, which, at the time, was owned by their parents.
Their first batches of stock were stored in an upstairs cupboard that remains to this day. The brand, which went on to create Roger Bannister’s kit for his record-breaking 4-minute mile in 1954 and the England World Cup winning squad kit of 1966 – has been celebrating its 95th anniversary in 2019 with a number of special events.

Marking the milestone, The Bulls Head and Umbro agreed to help support the funding and production of new MFC player and coach kits.

Mobberley holds a special place in Umbro’s history. It’s where our story began 95 years ago this year and the opportunity to supply the Mobberley boys team and coaches with kit for the forthcoming season is fitting homage, said Helene Hope, Umbro’s head of global brand marketing.