The task was for all Junior Chefs to bring new burgers to the table that would differentiate from our original house burger. First up was Jack from the Bulls head the Bulls head they went for a trio of burgers twist with a Lamb Tikka, Sweet Potato and Pepper and Thai Fish burgers 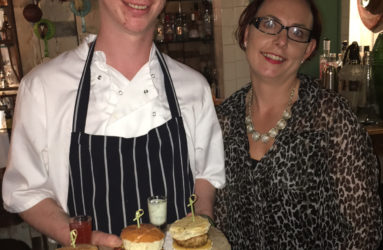 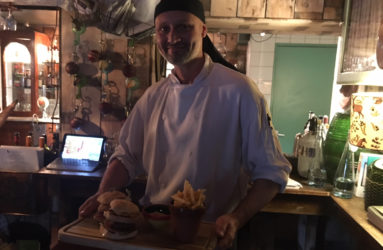 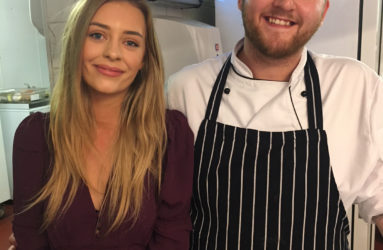 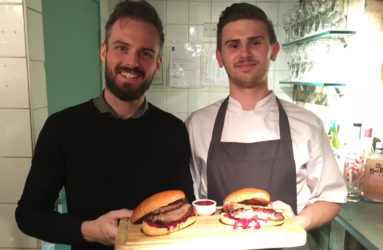 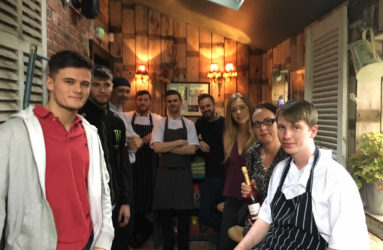 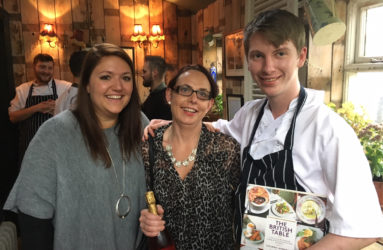 Next up was Arek from the Roebuck who created a Pork burger with bacon and a spicy cheese and his own twist on a Marie Rose sauce. Chef Sam and Charlee from the Fitz created a Spicy Chicken and Blue Cheese burger. Then the Three Grey hounds were up with Chef Jack and Andy creating a trio of burgers, one being our standard House burger and the other two being a Chicken, Brie and Cranberry burger and a Portabello Mushroom and Halloumi burger with a red onion marmalade.

Chef Joel and Chris from The Church Inn originally planned to do a burger consisting of lobster but due to delivery issues they had to improvise and created a Venison and Sausage burger with braised red cabbage.

All five teams came up with some great ideas, their creativity and innovative ideas will be used in our future menus. But Jack and Bulls Head Deputy Steph flavours won the day as well as originality! All the teams did well with some good flavours and innovative offerings! Thank you to all the teams for taking part and we will see you at our next cook off in the New Year.